NO FIN TO DECLARE

Right now, anyone travelling to the UK from outside Europe can legally bring 20kg of dried shark fins with them for personal consumption.

This loophole in the law has created a legal route for the uncontrolled and unregulated movement of shark fins across 28 countries. And it takes no account of the announcement from The International Union for Conservation of Nature that 25% of all shark species are threatened with extinction.

For the survival of sharks the law must change.

In 2016 more than 154,000 people signed our petition calling on the EU to ban the personal importation of ALL shark fins to Europe. Sadly Brussels dismissed the request.

Now, in 2021, the charity is spearheading change in the UK. 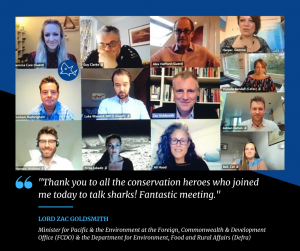 Already Bite-Back has been at the forefront of discussions with parliamentary leaders and DEFRA to highlight and address the country’s involvement in the global shark fin trade and the charity remains hopeful, but confident, that it’s recommendations will be adopted.

"The 20kg personal import allowance of shark fins has created a legal but unregulated trade that's pushing many shark species closer towards extinction. It must be stopped."
Hugh Fearnley-Whittingstall

HOW YOU CAN HELP