In a bid to invite the public to #rethinksharks we’ve created a series of eye-catching ‘warning’ stickers to remind people of the life-threatening dangers posed by everyday objects and activities, versus the risk of a fatal shark attack. 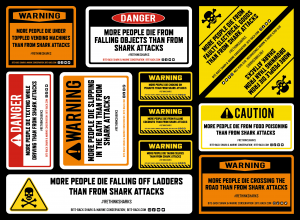 Campaign director, Graham Buckingham, said: “Already these stickers have proven to be a great way to start a conversation about sharks and put people’s fear into perspective by highlighting everyday dangers that, combined, claim hundreds of lives daily; compared with the six or seven fatalities linked to sharks every year.”

The charity says the public’s deep-rooted — but misplaced — fear of sharks is validating the slaughter of 73 million sharks a year and, at the same time, disregarding the vital role they play in maintaining the delicate balance of the oceans.

Graham Buckingham said: “The oceans are the lungs and the larder of the planet. Without sharks the oceans’ ability to produce 70% of the oxygen we breathe and billions of tonnes of seafood we consume could shift with dramatic consequences. People need to understand that there’s a benefit in protecting sharks for everyone. These stickers are an innovative way to start that conversation with a whole new audience.” 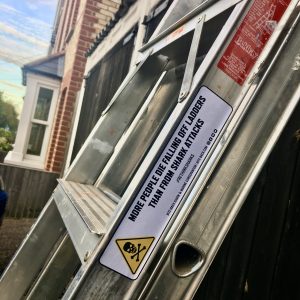 Shark fans can now buy the stickers to prompt a conversation of their own with friends. Each set of 12 warning stickers costs £3 (including free UK postage) from our shop. 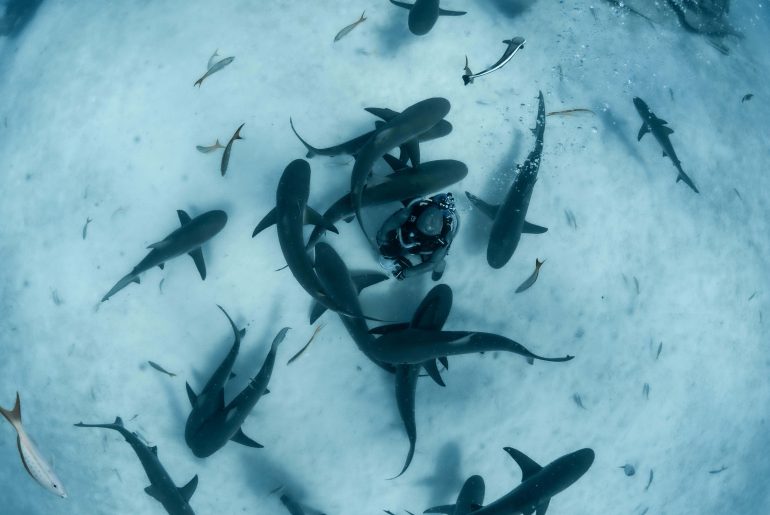 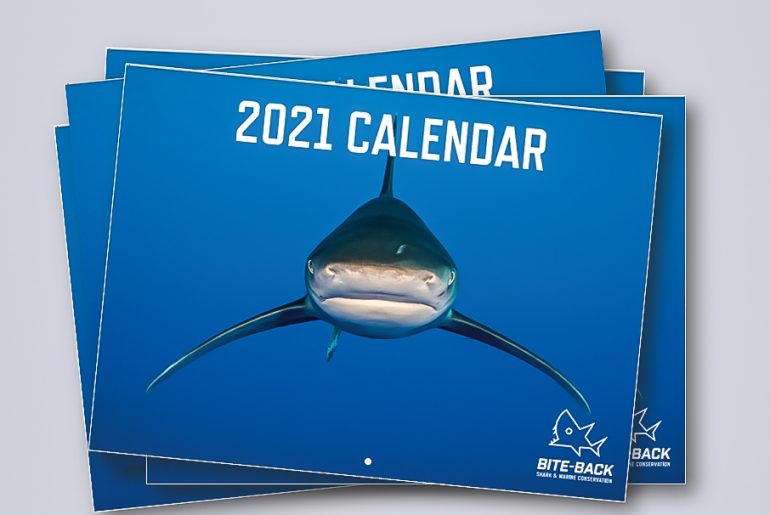